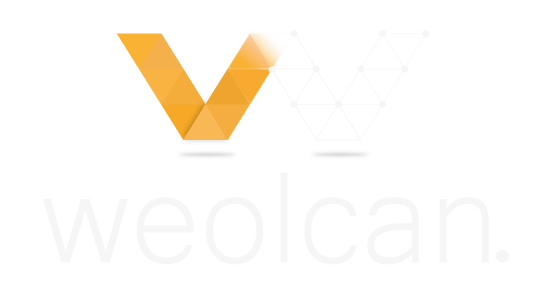 Our expert opinion on cloud.

This morning (29th of November 2017) we felt like 16-year old girls at a Harry Styles concert. The amount of new features and services that was announced by AWS CEO Andy Jassy during his keynote this morning, almost made us faint. Jassy compared "builders" (=Cloud Architects) with musicians. Both do not want to be limited by the building blocks when 'composing' an application. Therefore, AWS is willing to do everything in their power to facilitate these builders in this. In this third day's blog, we're happy to share some of the most interesting announcements.

After the explosive growth of the use of Kubernetes as orchestration engine for container platforms, AWS decided to launch a new service called Elastic Container Service for Kubernetes (EKS), next to their AWS-native Elastic Container Service (ECS) which they have already been offering for two years now. While the latter had already made the life of developers easier, Jassy mentioned these developers having the desire to completly get rid of managing instances and clusters for these container platforms. Filling this need, AWS launched AWS Fargate, a service which completely eliminates the need for managing the underlying infrastructure. Fargate already support ECS and will support EKS in 2018 as well.

One the most talked about moments of AWS re:Invent 2017 will be the moment that AWS CEO Andy Jassy hits out hard at Oracle's "abuse" of customers: "Oracle doubled the price to run Oracle on AWS, who does that its customers?". Jassy talks about what 'freedom' means to him and to AWS: builders should be able to use the building blocks that they desire to use.

The 'freedom' discussion leads Jassy to a discussion about databases. Some years ago, the desire of AWS customers to work with open database engines, led AWS to create Amazon Aurora. Aurora is MySQL- and PostgreSQL-compatible but offers the scale and performance that users demand from commercial databases, at 1/10th of the cost. Jassy states that Aurora is the fastest-growing service in the history of AWS. Aurora already offered the ability to scale out for reads, but customers desired to have scale-out write support as well. In responses, a preview of Aurora Multi-Master was announced, which supports multiple instances of Aurora for both read/write support across multiple AZs (with multi-region support coming in 2018).

Relational databases come with scaling limitations and therefore NoSQL is becoming increasingly popular. As a key-value datastore is just a better solution sometimes, Jassy continues to talk about DynamoDB and ElastiCache (which currently supports Redis and Memcached). To expand the functionality and utility of DynamoDB, Jassy announces DynamoDB Global Tables. DynamoDB Global Tables is the first fully-managed, multi-master, multi-region database. DynamoDB Global Tables enables low-latency reads and writes to locally available tables. Also DynamoDB Backup and Restore is annouced, to simplify the process of backing up and restoring data from and to DynamoDB databases. This new offering will enable customers to back up hundreds of terabytes of data with no performance interruption or performance impact. This offering is generally available today, with point-in-time restore coming in 2018 which will allow you to restore your data up to the minute for the past 35 days, further protecting your data from loss due to application errors.

AWS has launched Database Migration Service (DMS) last year and this service helps you migrating databases to AWS quickly and securely. The source database remains fully operational during the migration, minimizing downtime to applications that rely on the database. The AWS Database Migration Service can migrate your data to and from most widely used commercial and open-source databases - and that's what Christian did during a workhshop around migrating an Oracle DB to AWS. It took him only 19 minutes! In a separate blog, Christian will further elaborate on this.

Although the end of the keynote was rapidly approaching, this did not hold Jassy back from announcing a whole bunch of new IoT services do expand on AWS' IoT portfolio. The increasing amount of IoT devices leveraging IoT services on AWS gave rise to the desire to have increased control over these devices. Therefore, AWS announced two new IoT Services:

Next to that, AWS launched IoT Analytics aimed at making it more easy to do analytics on the large amounts of data that IoT devices are generating, without having to deal with the cost and complexity that is traditionally invoked. Other IoT services that were announced include FreeRTOS which is an OS aimed at enhancing wokring with small, low-power edge devices in IoT environments and IoT 1-click which can be used to trigger a Lambda-function to trigger a specific action with one simple click.

Christian and Koen are at AWS re:Invent 2017 in Las Vegas. Check our blog for new updates in the upcoming days and follow us on Twitter.