After a comfortable flight we arrived safely in Las Vegas, where the 23rd floor of ‘The Mirage’ -with Strip view- will provide us with some good night’s rest to be able to absorb all that re:Invent 2017 has to offer. With 50.000 visitors (twice as much as the largest VMworld USA conference) the event has completely sold-out, which makes us already wondering what next year’s event will bring in terms of location and logistics.

An AWS view on People, Organization and Operating Model Transformation

Being wide-awake early as a result of a small jetlag, we started our first day with a workshop that we did not want to miss: People, Organization and Operating Model Transformation, hosted by AWS Professional Services. AWS agrees that technology is not the challenge anymore; a successful transformation depends heavily on an organization’s ability to (1) start on the right foot, (2) design new operating models for cloud and (3) execute proper organizational change management.

Use Application Portfolio Analysis to get started on the right foot

When it comes to ‘starting on the right foot’, AWS mentioned using Application Portfolio Analysis as the major driver to determine where and how to get started with cloud. Think for example about the strategic benefits you are trying to achieve with the transformation to cloud (innovation versus cost reductions).

Funny detail was that those applications that lack ownership, have a very low rate of change and do not really provide added value were referred to by AWS as being ‘craplications’. Definitely a term that we are willing to adopt! 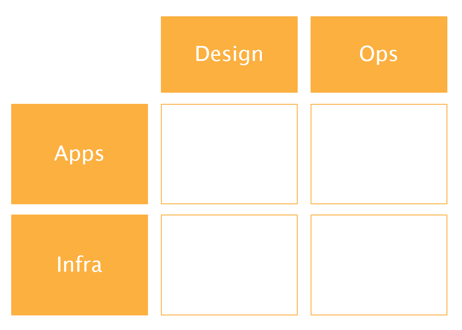 Although we believe that this Four Box Approach is too simplistic in some areas, it turned out to be a powerful model to kickstart the design process. According to AWS, in the first period of moving to cloud in particular two different Operating Models apply:

Later on, we'll talk some time to reflect on these different Operating Models proposed by AWS.

What the Operating Models have in common, is that they include a ‘Cloud Team’. According to Jeff Bezos, a Cloud Team should not be bigger than you can feed with two pizza’s. We thought Americans to be big eaters, but apparently this means that a Cloud Team should consist of 8 to 10 people! A Cloud Team is:

Typical roles that you may find in a Cloud Team are:

Later on, we further elaborate on these roles and responsibilities and how to address scaling the Cloud Team.

The workshop was concluded with a comprehensive model for executing organizational change management, which is a key ingredient for successful cloud transformation.

Christian and Koen are at AWS re:Invent 2017 in Las Vegas. Check our blog for new updates in the upcoming days and follow us on Twitter. 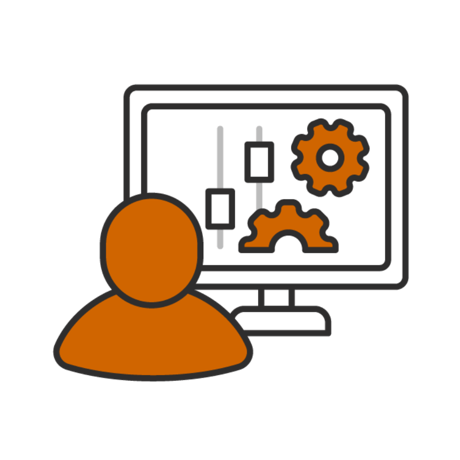